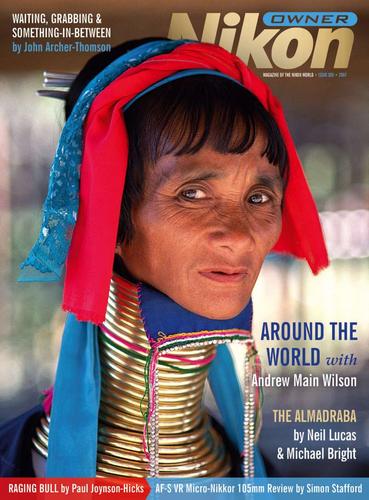 Mud, mud, glorious mud; nothing quite like it for soothing the pent-up emotions of a young bull elephant! What do you do when there is a distinct lack of it? Ask Paul Joynson-Hicks!

Around the World with Andrew Main Wilson - Part I

Gillian Greenwood introduces us to Andrew Main Wilson who launches the first of his unique seven-part World of Wonders Series. Andrew highlights the fruits of his epic journey in Part I: Asia.

A Digital Workflow - Part I by Clive Carpenter

Because you asked for it, Clive Carpenter kicks off his excellent series with the goal of assisting photographers with their workflow.

The Almadrabra by Neil Lucas and Michael Bright

Dawn on a crisp April morning at a fishing harbour on southwest Spain. The aroma of cigarettes and coffee hide the smell of fish. Producer and photographer Neil Lucas leads a BBC film crew to witness a fishing tradition dating back 3,000 years

Waiting, Grabbing and Something In-Between by John Archer-Thomson

The Macro Marvel by Simon Stafford

Simon Stafford reports on the world’s first macro lens equipped with the VR system – the AF-S VR Micro-Nikkor 105mm f/2.8G IF-ED, which appeared without fanfare and before you could say Shazam!