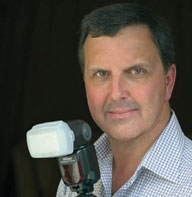 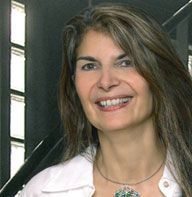 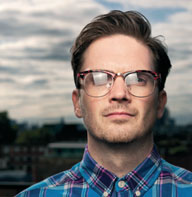 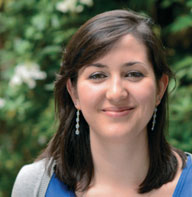 Gray Levett has served as editor of Nikon Owner, the magazine he co-founded with Uri Zakay, since its launch. He is also the founder of Grays of Westminster, the multi-award-winning, exclusively Nikon dealer described by Professional Photographer magazine as "The High Church of Nikon". He started his career as a rock photographer and his work has appeared on albums covers, book covers, newspapers and magazines nationally and internationally. He moved to Los Angeles where he worked in Hollywood as a writer for Ad Astra and a photographer for a number of years. His work straddled both the music and the movie industries and to this day he still maintains strong contacts there. During his career he has worked as a road manager, played in a band called 'When Stars Collide', run a theatre group and was the head of promotions for an indie record label and recording studios in London. He was also the personal manager for a number of musicians including legendary pianist Nicky Hopkins, who was arguably the most important and certainly one of the busiest session men in rock history. Gray has been involved in the Nikon brand since 1971, is an acknowledged expert on the history of Nikon and has written extensively on the subject.

Simon Stafford is one of the world's leading technical experts on Nikon. His work has been published widely in a multitude of newspapers, books, calendars and magazines, where he often writes articles to accompany his photographs. He has also enjoyed numerous successes in many photographic competitions. With over thirty years in both film and digital photography of using the Nikon system, he brings his considerable expertise to bear as technical editor of Nikon Owner. Simon's The Nikon Compendium set the benchmark as the definitive work on Nikon when it was published. He has written twenty-three books on the Nikon system which include his best-selling Magic Lantern Guide series, published by Lark Books, covering the Nikon D800, D7000 CLS Flash Companion, D5100, D7000, D3200, D3100, D3x/D3s, D300s, D3000, D5000, D90, D700, D3x/D3s, D3, D200, D80, D70s/D70, D60 and D50. He is involved in a wide variety of photographic projects, which include presenting his very popular photographic workshops and contributing illustrated articles to leading photography magazines.

Gillian Greenwood is the senior features editor of Nikon Owner. Her articles, major interviews and profiles of photographers have enhanced this magazine's pages with a blend of sophistication, intelligence and integrity since its inception. Her history of Nikon and Grays of Westminster, "The Legend and The Legacy" was published in 2016 to commemorate their 30th anniversary and includes a forward written by the President of the Nikon Corporation Japan. She says that one of the highlights for her was when the distinguished actor and photographer David Suchet C.B.E. (world-famous for his portrayal of Hercule Poirot) was the guest speaker at her first book launch. In addition to her role as senior features editor, she organises the numerous training courses which Grays of Westminster put on for Nikon users, as well as coordinating the various Nikon Owner group meetings that occur throughout the year. In spite of a busy work schedule, she spends any spare time writing, and has just completed a series of short stories within the thriller genre, and is currently working on a new novel.

Jesse Wilson is an accomplished and prolific designer. While he was Director of Graphic Design for a record label in Sussex, he designed over 400 album covers, finally departing to form own design company, Beyond Media, in 2004. Since then, he has designed over 250 websites for various firms and individuals including photographers Mike Maloney OBE and the late Sir Simon Marsden, Grays of Westminster, Nikon Owner and many others. His design style and approach is typified by the terms simplicity, style, ease of use and legibility. In addition, he has an active career as a music producer - producing music and albums for various record labels through different projects.

Becky Danese joined the Nikon Owner team as sub-editor last year and has also worked on the technical team at Grays of Westminster since 2008. She currently shoots with a D700 and a variety of Nikkor lenses, including those dating back to pre-AI manufacture. She has excellent knowledge in both the digital and film aspect of photography and has enjoyed photography from an early age; in fact, she told us she could be frequently seen around school with a little compact 35mm camera (discreet enough so that it couldn't be confiscated). After leaving school she started working in graphic design and as a result was able to accumulate more and more knowledge on cameras and photography and in particular, her chosen brand, Nikon. Rather than knowing a little about a number of different camera brands she prefers to constantly increase her knowledge of Nikon so that she knows one subject extremely well.