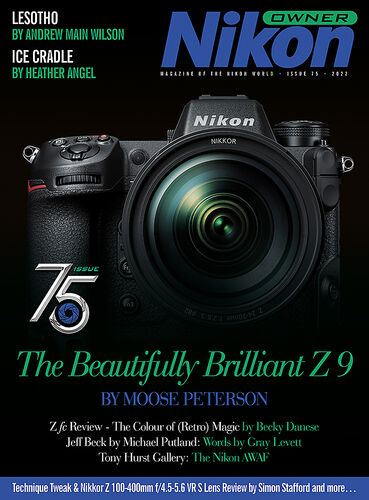 Capturing images of an age-old ideal for the Olympic Games and officially recognised in Australia as one of the country's top freelance sports photographers, Delly Carr's list of clients reads like a Who's Who in the Australian sporting scene. He talks about his career to Michael Eleftheriades

Officially recognised in Australia as one of the country’s top freelance sports photographers, Delly Carr’s list of clients reads like a Who’s Who in the Australian sporting scene.

He is also accredited to photograph most of the major sporting events and competitions, such as the past four Commonwealth Games, and the 2000 and 2004 Olympic Games. His award-winning work has been published world-wide.

I was fortunate to have met Delly Carr at the Athens Olympic Games in August 2004, where he was working on assignment.

Michael Eleftheriades >> Delly, it is a pleasure to meet you here in Athens. When did you get started in photography?

Delly Carr >> During high school I used to play rugby, but contact sport became out of the question when I had to have braces fitted. But to stay close to rugby and my team-mates, I took pictures of the action for the school newsletter. From then on I was hooked.

Michael Eleftheriades >> Did you study photography at college?

Delly Carr >> Funnily enough, no. I learnt from the ‘school of getting out there and taking pictures’. Nothing teaches you better in photography; it is experience that counts.

Michael Eleftheriades >> When and how did you become interested in sports photography?

Delly Carr >> I am the biggest armchair sportsman around, so the marrying of my two passions [sport and photography] was how it all started. I don’t get turned on by any other forms of photography. Sport is what I love and that’s all I do, it’s in my blood.

Michael Eleftheriades >> When did you set up your own company and how did you advertise your services?

Delly Carr >> Way back in 1987, and I will admit the first few years were quite lean. I think that my imagery then was nowhere near the standard I shoot at now. I thought it was good - I now know that it wasn’t! I simply knocked on many doors to get work.

Michael Eleftheriades >> Did you have any big ‘breaks’?

Delly Carr >> No, not at all. It’s been a long hard grind, and it wasn’t until 4 or 5 years from starting out when I felt that I was earning enough money to feel comfortable. There is a snowball effect. The more work you have published, the more work you get. Most of my commissions come from word-of-mouth, which is the ultimate compliment a photographer can get.

Michael Eleftheriades >> When and how did your association with the Australian Olympic team begin?

Delly Carr >> When Australia was awarded the 2000 Olympic Games it got the [Australian] sport industry buzzing. The year prior to those games was the most hectic of my life, and my fascination with anything Olympic stemmed from then on. Here in Greece I am working for four of our sports associations: Kayak, Volleyball, Cycling, and Triathlon.

Michael Eleftheriades >> Do you have a specific brief when covering the Games, or do you have a free hand?

Delly Carr >> Each of the four associations has given me a brief as to what images they require; to shoot specific athletes, races, heats and events. But luckily there is still quite a bit of spare time to do my own thing. During those times I tend to go to a sport I don’t normally cover – I always crave for a challenge to shoot something new!

Michael Eleftheriades >> Do you own the rights to your photos and how they are they usually used? For example, are they used to promote the Australian team to sponsors?

Delly Carr >> Yes, I always keep copyright on all my images. I never sign away my rights to any picture I take. The four associations will use my images for their records, annual reports, sponsorship proposals, media releases, or internal uses.

Michael Eleftheriades >> What was your first Nikon camera?

Michael Eleftheriades >> What other Nikon equipment do you own?

Delly Carr >> From then it was the F5, D1X, D100, and currently the D2H. My lenses range from fisheye right through to the 600mm f/4. I also have speedlights, converters – the whole kit.

Being in sport means I give my gear a very hard time. The battering, whether physically or in unfavourable weather conditions, has to be seen to be believed. I have stuck with Nikon for a long time now because it takes all those hard knocks without fail. My F5 [camera] once took the impact of an out-of-control skateboard, which saved my nose from being broken. And it kept firing despite a huge dent near the viewfinder!

Michael Eleftheriades >> Do you use film or digital, or both?

Delly Carr >> My work is now strictly digital. I was good with film, and I do miss it a lot. But my work and client demand moved me into the digital world. I could never go back to using film now. I love this new medium and its advantages.

Michael Eleftheriades >> Do you transmit your photos electronically?

Delly Carr >> Yes, I spend the last few hours of each day with my trusty Mac laptop, a high-speed phone line, e-mail, and a cold bottle of beer!

Michael Eleftheriades >> What do you enjoy most about your job?

Delly Carr >> Being a sports nut, I can’t ask for more - I get the best seat in the house at some of the world’s greatest sports stages and I get to work with athletes with awesome sporting ability.

But the greatest buzz is in seeing people’s reaction when they view my work. Any reaction, whether it is laughter, astonishment, or sadness, means that I have succeeded in capturing that decisive moment.