The name Richard Young has become synonymous with celebrity photography.

Features Editor Gillian Greenwood details his 30 years at the top of his chosen profession.

“Of course, there will always be those who look only at technique, who ask ‘how,’ while others of a more curious nature will ask ‘why.’ Personally, I have always preferred inspiration to information.” - Man Ray 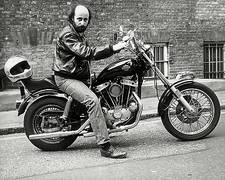 Earlier this year, the editorial team of Nikon Owner magazine were invited to the opening night of Richard Young’s exhibition, Fifteen Minutes1 at The Hospital Gallery2, celebrating both the launch of his book Shooting Stars and thirty full and industrious years as a celebrity photographer.

Perhaps more than any time in our history, whether we are curious about it, desire it, or feel it is forced upon us, celebrity has become synonymous with the contemporary lifestyle of the past three decades. Richard Young has grasped the crux of this and has much to celebrate. 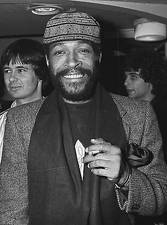 Illumination, insight, revelation, creativity: Richard’s work has all of these things. In these last thirty years he has transformed and redefined the role of the celebrity photographer. What’s more, the composite of Richard’s personal empathy, his obvious enthusiasm, the integrity he manifests as a professional and the exhilarating immediacy of his work has made him equally as famous as the people he shoots. 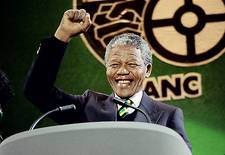 Princess Diana. Sharon and Ozzie Osborne. Tom Cruise. Each image is a suspended moment, a chimera, a half-thought. Yet the list of celebrities continues in a vast dazzling sweep as we move from page to page, decade to decade.

Society struggles with itself, pop idols change, fashion moves over to accommodate a different ideal, a life of plenty, or a life of thrift. Politics takes on new bedfellows and reflects itself mirror-image in a glance, a scarf, a pair of dark glasses, a smile. Richard’s work uniquely reflects this metamorphosis as we move with him through the photographic language of these last thirty monumental years. From the youth culture of the nineteen-seventies, through the Thatcher years, and finally to the anticipations and expectations of the noughties with Beckham, Bush and Blair.

Richard Young was born in 1947; he was bought up in north London and left school at fifteen. As a teenager in the nineteen-sixties he had David Bailey’s pictures from Vogue and Queen pasted on his bedroom walls.

When he began working as a photographer, he never dreamed for a moment that he would find himself in the position he now holds. “I did not know if it was going to last for one week or one year. I never had a plan for the future”.

Over the years Richard Young has used an arsenal of Nikon cameras. He began his career with the legendary Nikon F and has used all the flagship models up to and including the F5, which he still uses. He became one of the first photographers to embrace digital photography and currently uses a Nikon D1X and D2H SLRs. He is delighted with the latest developments, has a D2X on order, and will be purchasing an F6. “I didn’t choose Nikon; it chose me!” he told us.