Poirot: Nikon on the Nile by Gillian Greenwood

The distinguished actor David Suchet takes us behind the scenes on the set of Death on the Nile in Egypt using the Nikon D100 digital SLR for the first time.

Agatha Christie is the world’s best-known mystery writer. Her books have sold over a billion copies in the English language and another billion in over forty-five foreign languages. Born in Torquay, England on September 15th, 1890, with a writing career that spanned more than half a century, Agatha Christie wrote seventy-nine novels and short story collections as well as over a dozen plays including The Mousetrap, the longest continuously running play in theatrical history.

Agatha Christie’s creation of Hercule Poirot is a masterpiece of character detail and an extremely intelligent portrayal of idiosyncratic meticulousness and avuncular warmth. Hercule Poirot was first created in 1916 as the detective of Agatha Christie’s first novel, The Mysterious Affair at Styles and since then he has featured as a worthy protagonist against the criminal mind in thirty-three novels and sixty-five short stories.

Starting in 1989, London Weekend Television began airing the highly praised productions of Agatha Christie’s Poirot starring the superlative actor David Suchet as Detective Hercule Poirot in lavishly produced period television films. The long-running series starred Hugh Fraser as Captain Hastings, Philip Jackson as Chief Inspector Japp and Pauline Moran as Miss Lemon. Death on the Nile, a crime classic of significant accomplishment, was produced by Granada as a television movie and was shown over the 2004 Easter holiday weekend in the U.K.. David was both the actor and the associate producer for this drama. 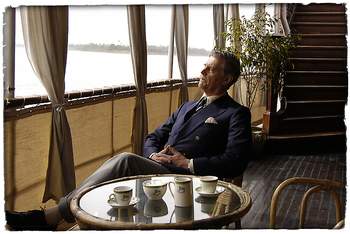 It was David Suchet’s richly detailed portrayal of Hercule Poirot that first won him international acclaim, national treasure status in the U.K. and a much-prized BAFTA nomination. However, David has starred in a staggering number of other roles including dramas and series such as Blott on the Landscape, Victoria and Albert, NCS Manhunt, The Way Live Now, Amadeus on Broadway, as well as a co-starring role with Viggo Mortensen, Gwyneth Paltrow and Michael Douglas in A Perfect Murder. He was honoured with an O.B.E. in the Queen’s Birthday Honours List in 2002. 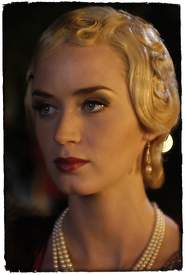 David was born in 1946, the middle son of an eminent Harley Street doctor and a respected stage actress. His grandfather was James Jarché, a famous Fleet Street photographer, and it was through his grandfather and his gift to David of a Kodak Box Brownie, that his love of photography first began. He had even considered, at one stage, becoming a camera operator, but ended up in front of the camera instead. In Issue VI of Nikon Owner, he tells us how and why photography is an essential part of his life: “Let the camera be an extension of your eye. How you see is how you photograph.”

When David called into the office recently, he explained how he had prepared for the role of Poirot. He told us how the addition of the celebrated moustache and the donning of the inevitable ‘fat suit’, created for the purpose of changing David’s elegantly slim shape into Poirot’s famous portly one, always have the immediate effect of altering not only his demeanour, but the way he moves, behaves, and thinks. Poirot’s neatly tailored moustache is made of real hair which he wears all day whilst on set, and David calls his fat suit affectionately his ‘armadillo padding’.