The King is Dead - Long Live the King: A Review of the Nikon D1X
By Simon Stafford

It is a little before 8.00 a.m. on the morning of the winter solstice and I am standing in a frost-covered field with the temperature hovering at around -6°C, trying to convince myself that it is not really so cold and that I can still feel my fingers! 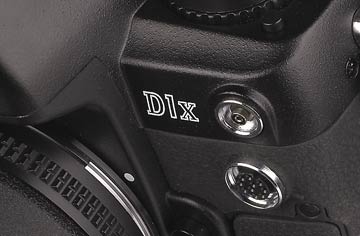 For the past half-hour I have been attempting to capture an image of the stark silhouette of an old oak tree against the warm glow of the pre-dawn sky. I am shooting with an F5 and a D1X side by side and switching between the two cameras is a virtually seamless operation. Already familiar with the original Nikon D1, I find using the D1X to be simplicity itself, but an altogether far more pleasurable experience. 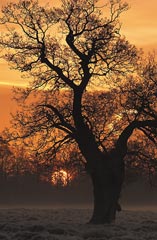 The original D1 was launched late in 1999 to great critical acclaim. As the build and image quality set it apart from its competitors, it soon found wide favour with press and PR photographers and, significantly, many social photographers who were finally persuaded to take the digital plunge. Thanks to Nikon’s willingness to listen to both good and bad feedback about the D1 from their customers, they soon realised that the ‘Jack of all trades’ approach of the camera would not survive an upgrade. Nikon had to meet the demands of two quite distinct groups: the image conscious studio/social photographers, and the speed merchants of the press and PR ranks. The solution was to develop two different cameras: the D1X with twice the resolution of the D1, and the D1H, which can capture images in bursts of forty at 5fps (frames per second).