A few years ago I was visiting two friends, Michael and Britta. Britta is a keen photographer and gave me a copy of the book The Bridges of Madison County by Robert James Waller, saying that she thought I would enjoy it. After leaving their home I caught a train back to London at about 10.30pm and began to read it. I don’t recall getting home but I must have because when I put the book down, having finally reached the last page, it was 4.00 o’clock in the morning! 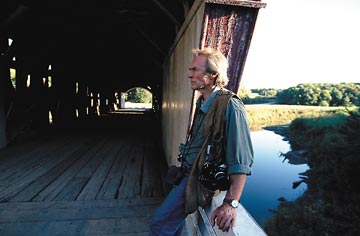 Not long after reading the book I discovered that this was about to be released as a major motion picture staring Clint Eastwood and Meryl Streep. 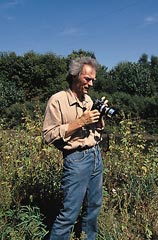 In the story Robert Kincaid (Clint Eastwood) comes to Madison County, Iowa, in order to take pictures of the Roseman and Holliwell covered bridges which are roofed over and of timber construction. It is the autumn of 1965. He is a professional photographer on assignment to National Geographic magazine and he is lost. He pulls his green pickup truck into the driveway of a well-kept farmhouse, and stops to ask for directions. Francesca Johnson (Meryl Streep) is at home, alone, her husband and two children having departed for four days to the Illinois state fair. She has been married for 15 years and the luxury of time to herself is an unusual break from her daily life, as is the courteous stranger approaching her for information.