Digital is the buzzword in photography. It’s a contentious issue in some circles where the question “when does a photograph stop being a photograph?” is often raised. It’s easy to see why. With digital photography it’s not only possible to cheat with nature, but you can also produce far better photographs, even after they have been taken. All the things that were once only feasible by masters of the trade, using filters, complex exposure calculations or elaborate darkroom techniques, can be achieved, with relative ease, using a computer and a bit of software known as an image editing program. 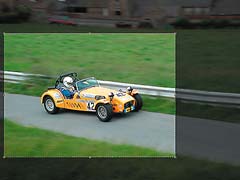 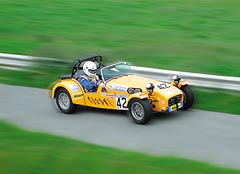 It’s all made easy because a digital photo is made up of tiny coloured squares called pixels that can be changed in colour or moved around using software such as Photoshop or PhotoSuite. It’s like playing with a jigsaw puzzle that’s made up of millions of pieces so you can replace bits of the picture you don’t like, add new bits, change brightness or contrast of parts, adjust saturation or hue, and replicate bits. The possibilities are endless. This is why it’s becoming harder to decide when a traditional photograph stops being a photo and becomes a digital painting. Without doubt, digital media offers some really positive benefits for all photographers, whether abstract, traditional or creative in mind.

Let’s first look at how a digital picture is captured. There are a number of ways to make a digital photo. You can use a scanner to convert an existing photograph that was captured using a film-based camera. Alternatively, use a digital camera to create an instant digital result. Both options use a Charge-Coupled Device (CCD) to convert the light that passes through the lens into the large matrix of pixels that form the image.