Framing the Image
By Heather Angel 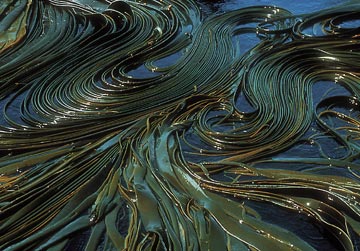 We have all seen people hold up the forefinger and thumb of each hand to make a frame to ‘see’ a picture or try one lens after another before taking a picture. This is fine when you have the luxury of time for a static subject, but it just isn’t practical when taking an action shot; then, where you place the rectangle has to be intuitive, otherwise it will be lost forever. Invariably when I see a potential picture, I have it framed before I reach for the camera and instinctively select the lens which will give the desired crop. 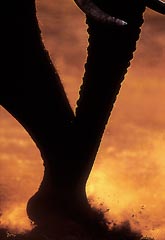 Imagine how boring it would be if we replicated pictures as clones - like Dolly the sheep. Fortunately this is not the case; indeed, the way in which we initially seepictures and then decide how to frame them is highly variable. This fact was brought home to me some years ago when I took a group out to photograph deer. Weeks later we met up to look at the results. Even though we were standing in a line taking an identical group of deer, each of us had framed the shot in different ways, so that none were duplicated. For a start, our different body heights meant that the camera angle was not consistent; the focal length of the lens selected also varied so that the number of deer within the frame changed. Some people opted to shoot horizontally, others selected a vertical format. A more subtle variation was the depth of field, which varied with the selected aperture.