Back to Basics - Hikon FM3A
By Simon Stafford

Almost twenty years ago, at the dawn of my involvement with photography, I needed some advice concerning the type of camera I should buy. I turned to a friend, a professional photographer, who emphasised the importance of learning the basics. He suggested I should start with a no frills, fully manual camera. I can still hear his words: “keep things simple and learn the principles of exposure for your self rather than let the camera take control”. In hindsight it is probably one of the best pieces of advice concerning photography that I have ever been given. It is advice that I continue to pass on to many photographers. 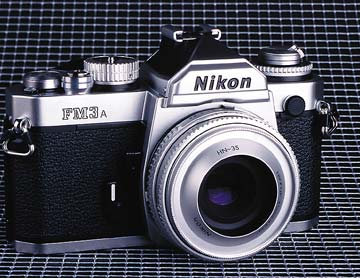 So I invested in my first camera, a Nikon FM2n. Since then other cameras have come and gone from my bag, but that original FM2n is still with me. It continues to operate faultlessly despite the rigours of many years’ hard use. I look upon it as a faithful and very dear old friend. The FM2n released during 1983 was a slight re-working of the original FM2 introduced during 1982 and, apart from the adoption of a more robust shutter during 1989 which it inherited from the Nikon 801 camera series, it has remained unchanged throughout its long production life.